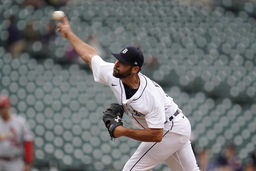 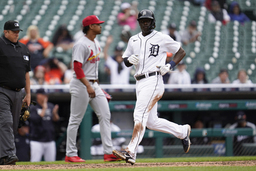 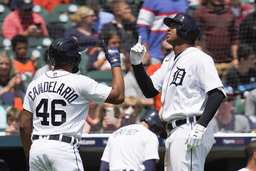 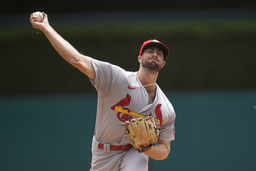 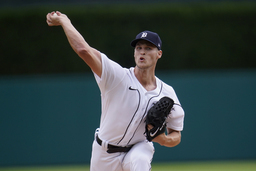 DETROIT (AP) The Detroit Tigers are on a relative roll, winning three straight games for the second time in a 10-day stretch.

Jonathan Schoop has had a lot to do with it.

Schoop hit a solo homer and a two-run double to help the Tigers beat the skidding St. Louis Cardinals 6-2 Wednesday.

Schoop has hit 10 home runs this month, including one in an 8-2 win over the Cardinals on Tuesday night.

''It's something special because the hard work is paying off,'' Schoop said. ''I just have to keep it up. There were some good stretches (previously), but this is one of the best.''

While the Tigers are playing well despite being 10 games under .500, St. Louis is going in the opposite direction.

The Cardinals have lost five of six. Since leading the NL Central nearly a month ago, they have lost 16 of 22 games in large part because starting pitchers and hitters are struggling.

''It's not a good recipe for shaking hands consistently,'' manager Mike Shildt said. ''We have to find a solution to both, or at least one.''

Matt Manning (1-1) allowed two runs on five hits and two walks over 5 2/3 innings. It was his second career start and first at Comerica Park, where his parents were among the fans in the stands that gave him a standing ovation.

''I took him out kind of early, wanting him to experience some success,'' manager A.J. Hinch said.

John Gant (3-4) lasted just three-plus innings. He gave up three runs on two hits and four walks after entering the game leading the majors with 48 walks.

''I just have to throw more strikes, attack the zone a little better and pitch a little deeper into games,'' he said. ''I didn't give the team a great chance to win with my outing.''

Ryan Helsley followed and Schoop hit his 15th homer off the reliever in the fifth to put the Tigers ahead 4-2. They added extra runs to provide a cushion that didn't prove to be necessary.

The offensively challenged Cardinals scored a run in the second on Nolan Arenado's solo homer and went ahead 2-0 in the third on Tommy Edman's single.

Schoop tied it with a double in the bottom of the third.

''His presence in our lineup is just different,'' Hinch said. ''We know he's capable of doing anything. All of us want Jonathan up to bat as much as possible.''

Hinch, a former major league catcher, acknowledged even he gets mesmerized by Cardinals superstar Yadier Molina

''I get caught watching him behind the plate,'' Hinch said. ''He's the marquee guy in the league. He's a future Hall of Famer.''

''It's not in the exact same spot as last time, but it's just fatigue,'' Shildt said.

Tigers: Miguel Cabrera was not in the lineup after leaving the game the previous night with calf stiffness, but he was available to pinch-hit. ... OF Robbie Grossman was given the day off with a non-COVID virus.

''We have a lot of guys who know how to win, but we're just not winning right now,'' Shildt said.