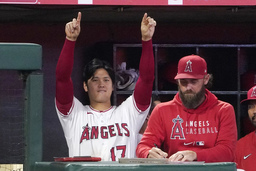 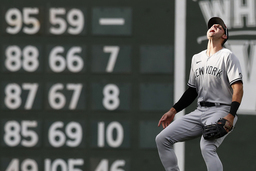 New York Yankees' Joey Gallo looks for the ball in the sun on the fly out by Boston Red Sox's Kyle Schwarber during the second inning of a baseball game, Saturday, Sept. 25, 2021, in Boston. (AP Photo/Michael Dwyer) 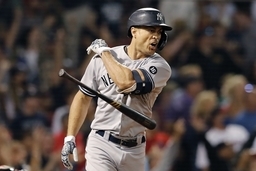 New York Yankees' Giancarlo Stanton tosses his bat after hitting a grand slam during the eighth inning of a baseball game against the Boston Red Sox, Saturday, Sept. 25, 2021, in Boston. (AP Photo/Michael Dwyer) 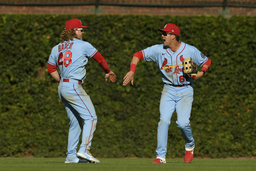 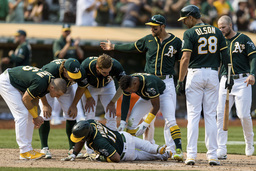 Oakland Athletics teammates attend to Elvis Andrus, center, as he collapsed with an injury after scoring against the Houston Astros in the ninth inning of a baseball game in Oakland, Calif., Saturday, Sept. 25, 2021. The Athletics won 2-1. (AP Photo/John Hefti) 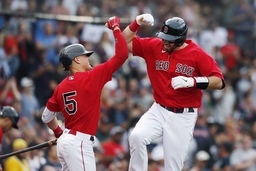 A look at what's happening around the majors on Sunday: