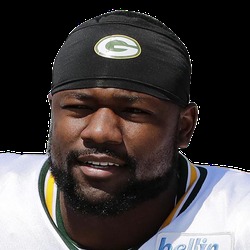 New Orleans Saints running back/wide receiver Ty Montgomery (hamstring) is nearing a return to action, potentially as soon as Sunday versus Carolina after he was designated to return off of injured reserve Monday. Montgomery has appeared in just two games for the Saints this season, carrying the ball once and netting two receptions in a multi-faceted role. Despite his prior fantasy appeal during his time with Green Bay, Montgomery is likely on the outside looking in for a considerable role with New Orleans due to the teams depth at the skill positions. He could be an appealing small slate DFS option, but he would still need to prove healthy before that becomes a consideration.

Fantasy Spin: Montgomery is a versatile player who has lined up in the backfield for rushes, as well as as a wideout, during his time with the Green Bay Packers, Baltimore Ravens and New York Jets. However, he has plenty of company at both spots and isn't going to get enough touches to make him fantasy worthy in most leagues.

New Orleans Saints RB Ty Montgomery 'seems like a clear alternative' to RB Alvin Kamara if Kamara were to miss time, according to Larry Holder of The Athletic.

Fantasy Spin: Latavius Murray would likely be the main beneficiary of a Kamara injury, but Montgomery could absorb a lot of the targets out of the backfield and become a potential flex option in PPR formats.

Free-agent RB Ty Montgomery (Jets) signed with the New Orleans Saints Friday, May 15. Terms of the contract were not disclosed.

Fantasy Spin: Montgomery likely will compete for the No. 3 running back job during training camp but is unlikely to see much playing time behind Alvin Kamara and Latavius Murray. He can be avoided in most fantasy leagues.

The New Orleans Saints have signed former Green Bay Packer and New York Jet Ty Montgomery, per New Orleans.Football's Nick Underhill. The running back/wide receiver hybrid was best known for his role on the Packers from 2015-2018. Last year on the Jets, he compiled only 103 rushing yards and 90 receiving yards. It will be interesting to see how coach Sean Payton uses this skilled player, but he doesn't merit any fantasy value for now unless he ends up taking on a big role in 2020.