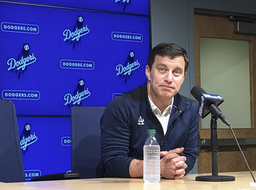 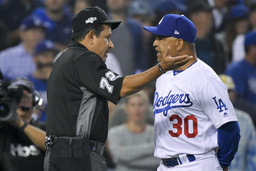 Roberts signed a contract extension through the 2022 season last November. Friedman said Monday that he expects his own extension to be finalized in the next few days.

Roberts led the team to its seventh straight NL West title and a franchise-record 106 wins - second-most in the majors - but he's been criticized for his pitching decisions in losing Game 5 of the NL Division Series to Washington.

Friedman defended Roberts' performance in his four years with the team, including NL pennants in 2017 and '18.

Friedman also said 65-year-old pitching coach Rick Honeycutt would transition to a special assistant role next season, which would be his 15th with the Dodgers.