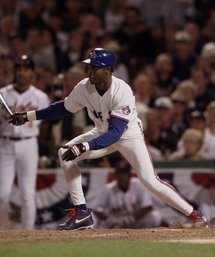 TORONTO (AP) Former All-Star shortstop Tony Fernandez remained on a life support system Sunday pending a decision by his family on how to proceed, the director of his foundation said.

He had been in a medically induced coma, said Imrad Hallim, the director and co-founder of the Tony Fernandez Foundation.

Fernandez was ill with a kidney disease for years and waiting for a transplant.

Fernandez, 57, was a five-time All-Star during his 17 seasons in the major leagues and helped the Toronto Blue Jays win the 1993 World Series. He won four straight Gold Gloves with the Blue Jays in the 1980s and holds club records for career hits and games played.

A clutch hitter in five trips to the postseason, he had four separate stints with Toronto and played for six other teams. He was a .288 hitter with 94 homers and 844 RBIs in 2,158 big league games that went through 2001.

After he retired from baseball, Fernandez became an ordained minister and the Tony Fernandez Foundation was established to assist underprivileged and troubled children, according to its website.