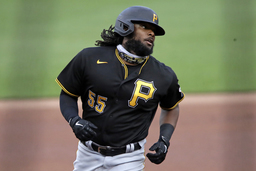 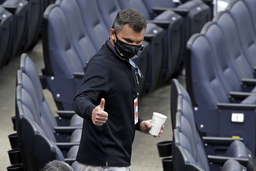 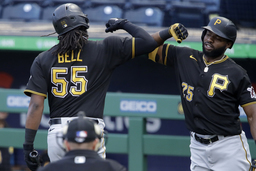 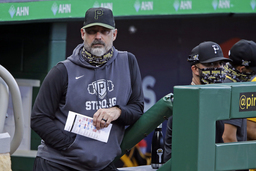 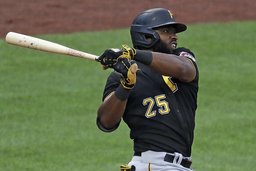 PITTSBURGH (AP) New Pittsburgh Pirates general manager Ben Cherington and manager Derek Shelton have used a lot of words to describe the situation they inherited then they arrived last fall.

The word ''rebuild'' has not escaped their mouths even once. A ''rebuild'' hints a returning something to what it was. The truth is, the giddy stretch from 2013-15 when the Pirates ripped off three straight playoff berths has become a distant speck in the rearview mirror. Only one player - right fielder Gregory Polanco - from the group that won 98 games in 2015 remains on the roster.

Diminishing returns over the last four seasons, including a last-place finish in the NL Central in 2019, led to what can best be described as a ''reset.'' While Cherington and the rest of the front office talk energetically about the future and the need to restock talent at the minor league level, Shelton is in charge of trying to find a way to navigate the uncertain present.

Amid unprecedented challenges created by the COVID-19 pandemic, Shelton is attempting to keep things loose. He's also optimistic that a shortened 60-game season might benefit a group that has struggled since 2016.

''I think number one everyone's coming into it on equal footing,'' the 49-year-old Shelton said. ''Number two obviously everyone is coming into it with different rule changes and I like where we're at. I like our good young core of players and I've said that from the beginning. I've never really had any concern about what external people have said about our group ... you play really good for a month, you're going to put yourself in a situation.''

Something the Pirates are confident they can do. Amid the sea of losses and clubhouse issues that marked the second half of 2019, there were slivers of hope. First baseman Josh Bell became an All-Star. Shortstop Kevin Newman and left fielder Bryan Reynolds both hit over .300. Jacob Stallings evolved into a competent everyday catcher with a knack for game calling.

Either way, the Pirates enter the season with energy and a new vibe that focuses on upfront communication and honest dialogue. The cloud of discord that hovered during the interminable final months of 2019 is gone.

''We just want to be a club that comes in every day and has all the tools that we think we need to get better that day,'' Bell said. ''There's no question marks. There's no, `Man, I wish I would have done this today. The conversation wasn't there. I couldn't talk about this or that.'''

Polanco insists his surgically repaired left shoulder can handle the workload necessary for the 28-year-old to be a difference-maker for a team that missed him badly last season when he was limited to 42 games before being shut down to lingering soreness. A healthy stretch from Polanco would give Bell some protection in the middle of a lineup that doesn't exactly radiate depth.

''I trust myself, I trust me, I trust the process and work that I'm putting,'' said Polanco, who hit a career-high 23 home runs in 2018. ''I just need to now mature and now I just need to try to put that work I put in the offseason to the season.''

Reliever Keone Kela admits frustration with his role as a setup man for closer Felipe Vazquez led to his prickly clubhouse presence in 2019. That shouldn't be an issue this year. Vazquez's career is likely over while he sits in jail awaiting trial on felony charges stemming from an improper sexual relationship with a minor. Kela is poised to jump at the opportunity to work as a closer since 2018, when he saved 24 games for Texas before being acquired by the Pirates at the trade deadline.

Kela's ascendancy hit a bump when summer workouts started. The team held him out for undisclosed health reasons, though Shelton stressed is isn't concerned about Kela's availability when the season opens.

Third base prospect Ke'Bryan Hayes' glove has been major league ready for a while. His bat might finally be, too. The addition of the designated hitter in the NL gives Shelton some options and could free up some at bats for Hayes. Though Colin Moran is the starter at third, he could slide to first or the DH spot on occasion, giving the 23-year-old son of longtime former major leaguer Charlie Hayes a chance to flash the leather that made him a three-time Gold Glove winner in the minors.