Atkins 'not aware' of allegations against Callaway 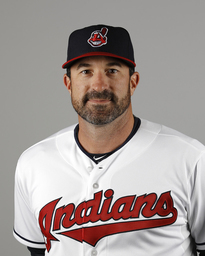 Toronto Blue Jays general manager Ross Atkins said Thursday he was ''absolutely not aware'' of any sexual harassment allegations against Mickey Callaway during their time together with the Cleveland Indians organization.

Atkins, who was the Indians executive who oversaw Callaway's hiring by Cleveland in 2010, said the team failed by not creating an environment for such allegations to be properly addressed.

''There is no chance that we would have overlooked that if we had had any signs of that type of behavior,'' Atkins said.

Callaway was most recently the Los Angeles Angels' pitching coach but he has been suspended while Major League Baseball investigates allegations of inappropriate behavior toward several women who work in sports media. Callaway has also previously served as manager of the New York Mets.

Atkins called the situation ''disheartening and sad'' and apologized to those affected.

''As a leader, it's our responsibility to ensure that our staff feels safe, supported,'' Atkins said. ''I deeply apologize to anyone who ever faced harassment or didn't feel comfortable to come forward. I see that as a failure on my part that there weren't the proper channels for someone to feel safe to come forward. As a leader in that organization, that's heartbreaking for me.''

Atkins said he has not been contacted by MLB regarding the investigation but said he would be willing to cooperate if asked.

The Athletic reported last month that several women gave detailed accounts of multiple instances of aggressive, inappropriate acts by Callaway over five years while he was employed by three teams.

On Tuesday, another report by The Athletic said several former Cleveland employees had come forward in the past month to say the team's front office was aware of Callaway's conduct. Indians president of baseball operations Chris Antonetti said this week that Cleveland is cooperating with the MLB investigation.

Atkins said Cleveland's vetting process in hiring Callaway, and others, ''was clearly not good enough.''

''I know there were hires that I made myself that the process was not good enough and not thorough enough,'' said Atkins, who was the director of player development in Cleveland when Callaway was hired.