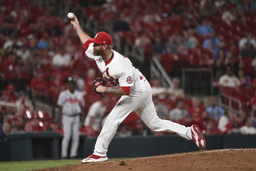 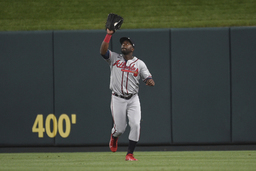 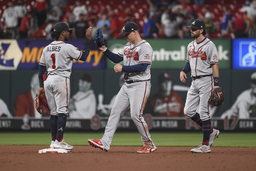 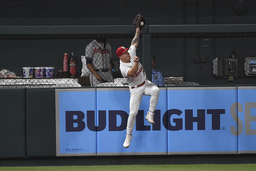 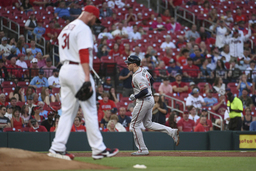 ST. LOUIS (AP) Freddie Freeman and the Atlanta Braves hammered Jon Lester in his first start for the St. Louis Cardinals, scoring five runs in the first inning and cruising to a 6-1 victory Tuesday night.

The 37-year-old Lester (3-6), acquired from Washington last week, allowed the first seven hitters to reach and did not record an out until his 27th pitch.

''That first (inning) kind of sped up on me,'' Lester said. ''All the newness, maybe a little bit of jitters. Any time you put your team down five in the first, it's never good for us.''

Jorge Soler, picked up from the Kansas City Royals for pitcher Kasey Kalich last week, hit a two-run homer to start the scoring. It was his first homer for the Braves and his 14th of the season.

''When he first got into the clubhouse, we said, `This is a large human''', Freeman said of Soler. ''He can hit the ball far. A very strong man.''

Freeman drilled his 24th homer in the second off Lester, who gave up nine hits and six runs over five innings.

''It's very hard for a left-handed starter to navigate the lineup we put out there,'' Freeman added. ''It was just a quality game from us on both sides of the ball.''

Max Fried tossed six shutout innings for the Braves, who have won seven of their last eight games in St. Louis. Fried (8-7) gave up just four hits over six innings and did not allow a runner past second base. He struck out seven and walked one.

''Jorge came up with the power to kind of put us ahead,'' Fried said. ''He just kind of handed it to the next guy. Our lineup is really deep right now. One through eight can beat you on a long ball or base hit. They came out and set the tone striking early. It allowed me to go out there with a little less pressure.''

Cardinals manager Mike Shildt felt Lester's pitches found, ''a little too much middle,'' early in the game. But he was proud of the way Lester bounced back, allowing just two hits and no runs over his final three innings.

Tyler O'Neill had three hits and reached base four times for the Cardinals. Yadier Molina drove in the lone run with a two-out single in the ninth.

Braves: C Travis d'Arnaud is close to a return from a left thumb injury. He made his third rehab appearance at Triple-A Gwinnett on Tuesday. He has been out since May 2.

Cardinals: RHP Miles Mikolas allowed one run on four hits over 4 2-3 innings in a rehab start at Double-A Springfield on Tuesday. He was placed on the 60-day injured list with right forearm tightness on May 23 and could return sometime this month.

LHP J.A. Happ (5-6, 6.77 ERA) will face LHP Drew Smyly (7-3, 4.40) in the second game of the three-game set. Happ will be making his first start for St. Louis. He was acquired from Minnesota in exchange for RHP John Gant and LHP Evan Sisk at the trade deadline on Friday. Smyly tossed 5 2/3 scoreless innings in a 1-0 win over the Cardinals on June 20.