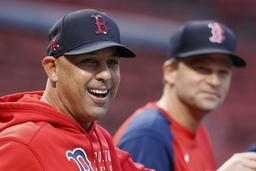 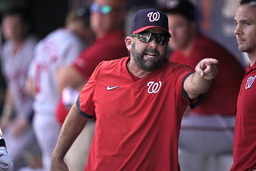 Washington Nationals hitting coach Kevin Long is ejected as he argues with an umpire during the fifth inning of a baseball game against the New York Mets at Citi Field in New York, in this Thursday, Aug. 12, 2021, file photo. The Philadelphia Phillies hired Kevin Long as their hitting coach on Wednesday, Oct. 13, 2021, reuniting him with both manager Joe Girardi and star slugger Bryce Harper. (AP Photo/Seth Wenig, File) 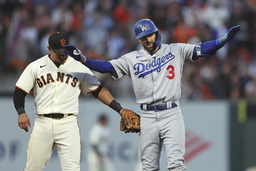