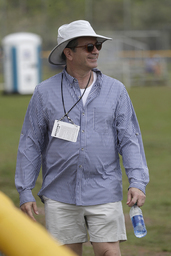 ST. PETERSBURG, Fla. (AP) The Tampa Bay Rays' proposed plan to split the season between Florida and Montreal has been rejected by Major League Baseball.

The idea of playing in both the Tampa Bay area and Montreal has been discussed over the past several years after attempts to build a new full-time ballpark locally failed.

Montreal had a big league team from 1969, when the expansion Expos began play, through 2004. The Expos moved to Washington and became the Nationals for the 2005 season.

The Rays' lease at Tropicana Field in St. Petersburg, Florida, where the team has played since its inaugural season in 1998, expires after the 2027 season.

Since Sternberg took control in October 2005, the once-struggling franchise has been a success on the field but not at the box office.

Despite reaching the World Series in 2008 and 2020, the Rays have annually ranked near the bottom in attendance. The Rays averaged about 9,500 for home games last season, 28th in the majors and ahead of only Miami and Oakland.

St. Petersburg mayor Ken Welch feels a new stadium in his city remains a possibility. Governmental officials have been working on a redevelopment plan for the Tropicana Field site.

''We are working with our county partners and city council to put together the best plan possible, which will work in conjunction with my planned evolution of the Tropicana Field master development proposals,'' Welch said in a statement. ''With this collaborative approach, I am confident we can partner with the Tampa Bay Rays to create a new and iconic full-time home for Major League Baseball in St. Petersburg while also achieving historic equitable economic growth.''

Sternberg said the team will definitely explore options in the Tampa Bay area.