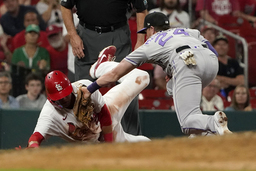 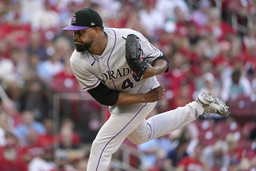 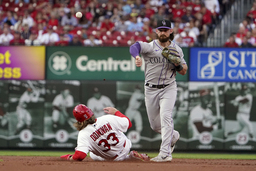 St. Louis Cardinals' Brendan Donovan (33) is out at second as Colorado Rockies second baseman Brendan Rodgers (7) turns the double play during the first inning of a baseball game Wednesday, Aug. 17, 2022, in St. Louis. The Cardinals Paul Goldschmidt was out at first. (AP Photo/Jeff Roberson) 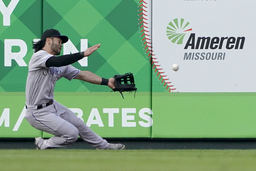 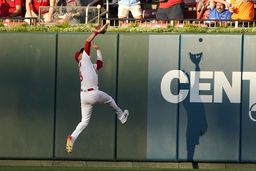 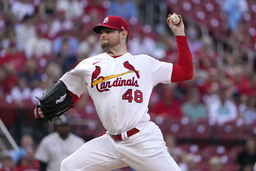 ST. LOUIS (AP) Jordan Montgomery picked up his third win in as many starts with St. Louis, and Nolan Gorman drove in three runs to lead the Cardinals to a 5-1 win over the Colorado Rockies on Wednesday night.

Colorado lost its fourth in a row and has dropped 18 of 26 since the All-Star break.

Montgomery (6-3), who was acquired from the New York Yankees for outfielder Harrison Bader on Aug. 2, gave up one run on six hits in 5 2/3 innings. He struck out eight. He is 3-0 with an 0.54 ERA in three starts with St. Louis. The lefthander has struck out 17 and walked just three in 16 2/3 innings.

''I'm a competitor trying to win every game I go out there,'' Montgomery said. ''I want to be a guy this team can rely on. I've had pretty good stuff. My changeup and curveball are statistically pretty good. I'm learning how to use my fastball around it.''

Montgomery says there is no animosity toward the Yankees, although he was initially surprised by the move.

''He was perfect tonight,'' Marmol said. ''He's tougher than you might (think). He's a mellow kid, kind of low-key. But he's ultra-competitive. Loves being out there. Like today, he didn't want to come out of that game.''

Gorman capped off a two-run first-inning outburst with a ground-rule double off starter German Marquez (6-10). Arenado got the ball rolling with a run-scoring double as four of the first five batters reached against Marquez, who gave up three runs on seven hits over six innings.

Gorman pushed the lead to 3-1 with a run-scoring ground out in the fifth. Brendan Donovan and Paul Goldschmidt singled to begin the inning. Gorman added a run-scoring hit in the seventh.

''The guys in front of me get on base and give me these opportunities,'' Gorman said.

Jose Iglesias had two hits for Colorado, which has been held to one run or less six times since July 26. His second-inning double extended the franchise record to 37 successive games with a double.

Marquez had allowed two earned runs or less in five of his previous six starts.

St. Louis will play its next nine games against teams with losing records. Of the Cardinals' final 46 games, 33 will come against teams that are currently under .500.

Former St. Louis infielder David Freese watched the game from a front row seat behind home plate. Freese was the MVP of the 2011 World Series.

St. Louis leads the majors with 126 double plays turned, just ahead of Colorado's 124.

Cardinals: RHP Jack Flaherty tossed three scoreless innings in a rehab outing on Tuesday at Double-A Springfield. His fastball topped out at 97 miles per hour during a 52-pitch stint. Flaherty is expected to make at least two more minor league starts including Saturday in Springfield. He has been out since June 27 with a right shoulder strain. OF Juan Yepez is expected to play nine innings Thursday and Friday at Triple-A Memphis as he battles back from a right forearm strain.

RHP Adam Wainwright (8-8, 3.27) will face RHP Antonio Senzatela (3-6, 4.67) in the third and final game of the series on Thursday afternoon. Wainwright carried a no-hitter into the seventh inning of his last start against Milwaukee on Saturday. He struck out eight and allowed just three hits in a nine-inning no decision. Senzatella had recorded four successive quality starts.