From The Godfather: Week 5

The five teams giving up the most fantasy points to quarterbacks through Week 4 are Atlanta (play Zack Wilson), Seattle (hope you played Matt Stafford!), LA Chargers (play Baker Mayfield), New Orleans (play Taylor Heinicke) and Cleveland (play Justin Herbert).  So according to the rankings, the Browns/Chargers game should be a passing bonanza, but I just don’t see the game going that way, so be cautious.

My favorite picks to click this week are Josh Allen against the Chiefs and Ryan Tannehill against the struggling Jaguars.

My picks to click are Zack Moss (and Devin Singletary) against the Chiefs and Trey Sermon against the Cardinals.

Interesting matchup on Thursday night as the Seahawks have giving up the most fantasy points to wideouts and the Rams have given up the fewest.  You’d expect based on the numbers that Cooper Kupp and Robert Woods would have big games and Tyler Lockett and DK Metcalf would be contained. So how did it go?

My picks to click this week are Ja’Marr Chase against the Packers and Chris Godwin against the Dolphins.

The tight ends playing against the teams giving up the most points to them are not household names except Travis Kelce going against No. 3, Buffalo.  The top pick is Tyler Kroft going against the Falcons in London, making him a great sleeper pick!  JUST IN. . . .Kroft is out, making Ryan Griffin a super sleeper!  Next is Ricky Seals-Jones against New Orleans.  Going the other way in that game, Juwan Johnson should get some points against Washington.  The last sleeper is Ian Thomas against the Eagles.

The teams giving up the most fantasy points to defenses are Denver (playing Pittsburgh), Cincinnati (playing Green Bay) and Philadelphia (playing Carolina). 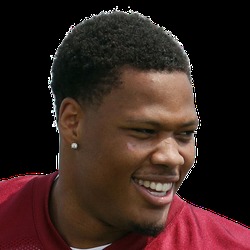 New York Giants WR John Ross (hamstring) is expected to play in Week 7's game against the Carolina Panthers, barring a pre-game setback, according to a source.

Fantasy Spin: Ross had been listed as questionable on the injury report after participating in two of the team's three practice sessions this week on a limited basis. Although he had a good performance in Week 4's game versus the New Orleans Saints, he has not done much otherwise and can be avoided in most fantasy leagues.

Seattle Seahawks head coach Pete Carroll said there is no ETA on when running back Chris Carson (neck) might return from Injured Reserve, but he said Carson is workout out hard and is conditioning to be ready if/when he can return. Carson remains on IR and isn't eligible to return until Week 10 against the Green Bay Packers, and there's nothing to currently suggest that he'll make that timetable. Alex Collins has operated as the team's primary back in the last two games with Carson sidelined, but Rashaad Penny (calf) is returning from IR this week and figures to have a role alongside DeeJay Dallas and Travis Homer. Collins remains the best bet for fantasy production as a touchdown-dependent RB2/3, but this backfield will be tougher to predict with Penny now in the fold. 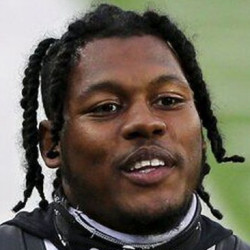 Seattle Seahawks rookie wide receiver Dee Eskridge (concussion) was out of the area this week getting more tests done and currently has no timetable to return from his head injury, according to head coach Pete Carroll. Eskridge caught his only target for six yards and had two carries in the season opener for 22 yards before suffering a concussion, and he hasn't played since. The 24-year-old appears to have a pretty serious concussion and remains on Injured Reserve, so he doesn't appear close to returning anytime soon. D.K. Metcalf and Tyler Lockett remain Seattle's dynamic one-two punch at receiver, with Freddie Swain serving as the No. 3. But until quarterback Russell Wilson (finger) returns (possibly in Week 10), Seattle's passing attack will be hindered with backup Geno Smith under center. 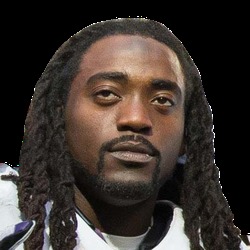 Seattle Seahawks running back Alex Collins (groin), who is listed as questionable for Week 7 against the New Orleans Saints, is expected to play on Monday night, according to head coach Pete Carroll. Collins returned to practice on Saturday after missing practice on Thursday and Friday and looked good. The 27-year-old has functioned as Seattle's primary early down back with Chris Carson (neck) on Injured Reserve the last two weeks, carrying the ball 35 times for 148 yards and one touchdown. DeeJay Dallas and Travis Homer have served in change-of-pace roles, but Rashaad Penny (calf) has returned from his own IR stint and is expected to play on Monday night, which will likely cut into Collins' workload a bit. The Saints have allowed the sixth-most fantasy points per game to RBs in the last three weeks, but they've only allowed 130 rushing yards in their last two games combined. Collins will be on the RB2/3 borderline and will probably need a touchdown to return solid value. 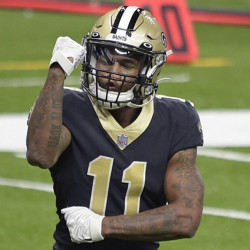 New Orleans Saints quarterback Taysom Hill (concussion) and wide receiver Deonte Harris (hamstring) have been ruled out for the Monday night game in Week 7 against the Seattle Seahawks. With Hill and Harris out, it will mean more red-zone opportunities for the likes of running back Alvin Kamara, wide receiver Marquez Callaway and tight end Juwan Johnson against Seattle. Hill has operated as the backup to Jameis Winston this year, but he's been a successful goal-line weapon for New Orleans with three rushing touchdowns on only 16 attempts through five games. Callaway will be the team's top receiving threat, while Kenny Stills should also have an expanded role in the passing attack with Harris sidelined after getting injured before the Week 6 bye. 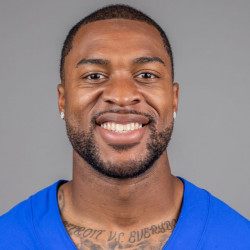 Chicago Bears WR Allen Robinson (ankle) will play in Week 7's game against the Tampa Bay Buccaneers, according to a source.

Fantasy Spin: Robinson had been listed as questionable on the injury report after logging two limited practice sessions during the week. Although he has had a disappointing season from a fantasy standpoint, he should see plenty of targets this afternoon, making him worthy of consideration as a flex option in most leagues.

New York Giants RB Saquon Barkley (ankle) has an outside chance to play in the Week 8 game but is more likely to return for the Week 9 game, according to NFL Network's Ian Rapoport.

Fantasy Spin: Fantasy players can monitor Barkley's practice participation next week to see if he will be able to play in Week 8. Barkley is a weekly starting option when healthy.

Las Vegas Raiders TE Darren Waller (ankle) 'doesn't feel great' after being added to the injury report because of an ankle issue Saturday, Oct. 23. The team will not know until pregame warmups if he will be able to play in Week 7's game against the Philadelphia Eagles.

Fantasy Spin: Waller makes a risky fantasy option this week because the Las Vegas-Philadelphia game will not get underway until late Sunday afternoon, which would leave owners with few alternatives if he is declared inactive for Week 7. When healthy, he should be viewed as a must-start option in all fantasy formats.

Miami Dolphins WR DeVante Parker (shoulder, hamstring) appears to be facing an uphill battle to play in Week 7's game against the Atlanta Falcons, according to a source.

Fantasy Spin: Parker had been listed as questionable on the injury report after being a limited participant in all three of the team's practice sessions throughout the week. If he is declared active for the game, he could be viewed as a flex option in fantasy leagues, although owners should have alternatives available in the event that he misses this afternoon's contest. 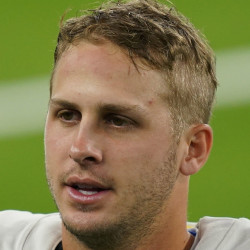 Detroit Lions QB Jared Goff is not in danger of losing his job as the team's starting quarterback to QB David Blough, according to multiple sources.

Fantasy Spin: Goff has only thrown two touchdown passes in his last four games and has not reached the 300-yard passing mark since the season opener. With few offensive playmakers on the roster, he should be avoided in most fantasy leagues.

New York Giants wide receiver John Ross (hamstring) is likely to suit up for Sunday's outing against the Panthers. Ross has been dealing with a hamstring issue, although he managed to practice sparingly on Thursday and Friday, which is always a good sign regarding a player's anticipated availability. The former Bengal received an uptick in snaps over the last few weeks. However, with Darius Slayton (hamstring) andEvan Engram (calf) expected to play, andSterling Shepard (hamstring) labeled as a game-time call, Ross should be avoided in all fantasy formats in Week 8. 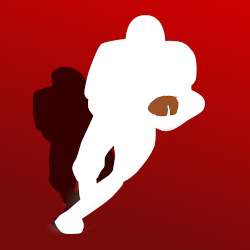 Miami Dolphins CB Xavien Howard (shoulder, groin) is expected to play in Week 7's game against the Atlanta Falcons. He was listed as questionable on the injury report after being a limited practice participant throughout the week.

Although Dallas Cowboys QB Dak Prescott (calf) is unlikely to participate in a light practice session when the team returns from their bye Monday, Oct. 25, he could resume practicing Wednesday, Oct. 27, according to multiple sources. The team is optimistic that he will be able to start Week 8's game against the Minnesota Vikings.

Fantasy Spin: Although Prescott should be started in all fantasy formats when healthy, he makes a somewhat risky option for Week 8 because the Dallas-Minnesota contest will be the Sunday Night Football matchup, which would leave many owners in a bind if he is declared inactive at the last minute. Fantasy owners should check back for frequent updates throughout the week on Prescott's status at practice.

Dallas Cowboys quarterback Dak Prescott (calf) has been progressing in the right direction after being injured during the Week 6 matchup against the New England Patriots. Prescott spent most of his bye week in the pool, and he should be ready to practice by Wednesday. Nonetheless, fantasy managers should continue to monitor his status and await his official designation ahead of the Week 8 outing in Minnesota.