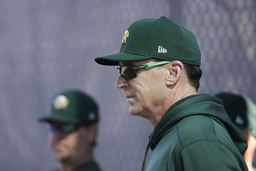 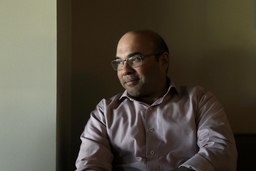 MESA, Ariz. (AP) The first baseball trade in almost 30 years between two teams separated only by a bay and a bridge happened Saturday, when the San Francisco Giants and Oakland Athletics completed a deal.

In a move to add experience to their bullpen, the A's got right-hander Burch Smith from the Giants for cash.

The last time Oakland and San Francisco made a trade was on Dec. 4, 1990, when the Athletics acquired outfielder Ernest Riles from the Giants for outfielder Darren Lewis and minor league pitcher Pedro Pena.

Giants president of baseball operations Farhan Zaidi worked for the A's as their assistant general manager from 2011-14. Zaidi and Oakland general manager David Forst and executive Billy Beane figured they'd talk about deals at some point.

''Anytime they feel like they make an upgrade, even if it's incremental, you do it,'' Melvin said.

Smith was designated for assignment by the Giants last week. He posted a 2.08 ERA in 10 games for them last season after being claimed off waivers from Milwaukee in mid-August. Smith had a 7.82 ERA in seven games for the Brewers before being let go.

The 29-year-old Smith is 2-10 with a 6.57 ERA in 65 appearances, including 13 starts, in parts of three major league seasons. He made his debut with the San Diego Padres in 2013 and also pitched for Kansas City.

Oakland pitcher Daniel Mengden was put on the 60-day disabled list. He was up and down between the A's and Triple-A Las Vegas last season and had surgery on his right elbow on Feb. 10.