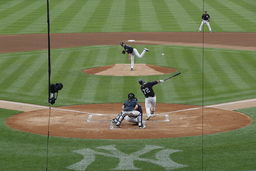 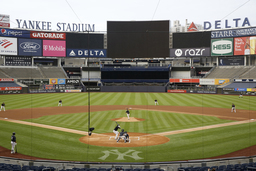 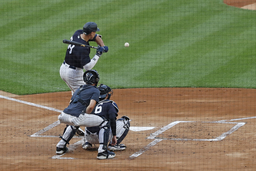 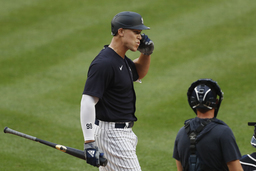 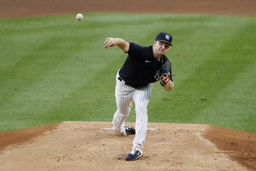 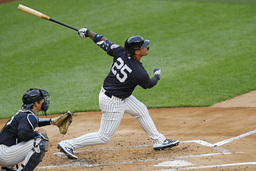 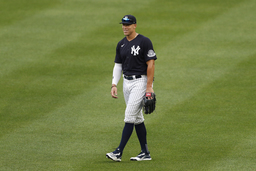 Still, for one night at least, the New York Yankees played something resembling a baseball game in the Bronx.

''It felt great, actually,'' said starter J.A. Happ, who pitched for Team Yankees against Team Bombers. ''It was a little bit strange, but I was actually surprised at the adrenaline, and I heard a couple of other guys saying the same thing.''

The Yankees held their first intrasquad game of summer camp Monday as they prepare for a condensed 60-game season that starts in 2 1/2 weeks. Aaron Judge, Gleyber Torres, Giancarlo Stanton and other regulars from the defending AL East champs took hacks under the lights against teammates for six innings.

Happ's first pitch came about an hour after Major League Baseball unveiled the schedule for a season it hopes to run through a pandemic. The Yankees will open July 23 against the World Series champion Nationals in Washington as part of a slate that exclusively features opponents from the AL East and NL East in order to limit travel.

It was the club's first intrasquad game - and for any MLB team, it seemed - since official team practices were allowed to begin last week. Monday was just the third day of preseason camp at Yankee Stadium, but manager Aaron Boone has been eager to get live at-bats for pitchers and hitters.

''Just the start of trying to create and build those live reps as we're obviously getting pretty close to the start of the season,'' Boone said.

A bonus for fans - the scrimmage aired on local TV. For those keeping score at home, Team Yankees beat Team Bombers 1-0 on Thairo Estrada's late homer.

It certainly wasn't the real thing. Baserunners were told to keep their effort at 50-75%, if they were even permitted to run. Team Bombers started two designated hitters - Stanton and Clint Frazier - and Team Yankees defended much of the game without anyone in left or center field.

By the top of the fourth inning, right fielder Zack Granite was defending for Team Yankees all by himself.

Haddad, a former Yankees minor leaguer, enthusiastically rang up outfielder Mike Tauchman on a close, two-strike pitch in the game's first at-bat. Tauchman looked back and smiled as he walked to the dugout.

It was good practice for baseball's new safety protocols, too. Pitchers brought their own rosin bags to the mound, tried to avoid licking their fingers and were given a fresh baseball after every ball put in play.

New York has another intrasquad game scheduled for Tuesday. New ace Gerrit Cole is expected to toe the Yankee Stadium rubber in pinstripes for the first time after signing a $324 million, nine-year contract last offseason.

Right-hander Clarke Schmidt, a first-round pick in 2017, started for the Bombers and pitched on the Yankee Stadium mound for the first time. He looked sharp against New York's A-lineup featuring Judge, Torres and Stanton.

CC Sabathia was among the few spectators. The retired left-hander, now a member of the front office, sat five rows behind home plate, a few seats away from general manager Brian Cashman.

NO FANS, NO PROBLEM

One quirk of the schedule released Monday - division foes will play 10 times, but not necessarily five times in each city. For instance, the Yankees and Red Sox will play seven games in the Bronx but just three in Boston.

Combined with another quirk of this bizarre season - a new rule awarding teams an automatic runner on second base to start each inning after the ninth - home-field advantage could be a huge difference maker, even in empty ballparks.

''I think it does tip the scales to favor the home team if you do get to an extra-inning scenario with this rule in place,'' Boone said.

RHP Masahiro Tanaka remained in concussion protocol but is trending in the right direction after being struck by Stanton's 112 mph line drive during a simulated game Saturday. Tanaka rode the bike at Yankee Stadium for 15-20 minutes Monday without issue and graded out well in a series of tests. ''All signs continue to be encouraging,'' Boone said. ... Judge (broken rib diagnosed in March), Stanton (strained right calf in February) and CF Aaron Hicks (Tommy John surgery last October) were all in the starting lineup after using baseball's hiatus to heal up. Stanton ripped a line drive to center in his final at-bat.