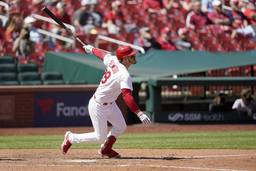 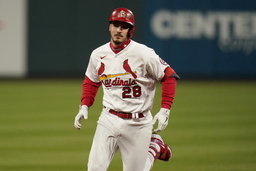 NEW YORK (AP) Nolan Arenado's contract was amended when the All-Star third baseman was traded to the Cardinals by the Colorado Rockies, adding a $15 million salary for 2027 to leave him owed $214 million over seven seasons by St. Louis.

As part of the amended contract, $50 million of that $214 million will be deferred and payable through 2041, according to details obtained by The Associated Press. Colorado would pay St. Louis $51 million, if Arenado decides to keep his entire contract and not opt out early.

As part of the amendment reached when Arenado agreed to the Feb. 1 trade, a $15 million salary was added for 2027, when he turns 36.

Arenado gets a hotel suite on road trips, as he did in the original contract.

Arenado is batting .314 with three homers and eight RBIs through his first 12 games.