Mets' Conforto ready to return, but Lucchesi out for season 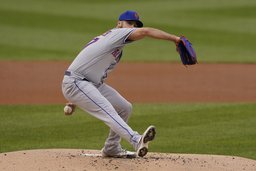 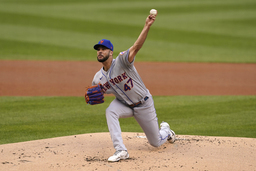 Right fielder Michael Conforto is set to make his return from the injured list, but the team confirmed that left-handed pitcher Joey Lucchesi is headed for season-ending Tommy John surgery.

Conforto, who has been out since suffering a right hamstring strain May 16, is expected to be activated prior to Tuesday's game against the Atlanta Braves.

The return is a swift one for Conforto. Manager Luis Rojas said on June 8 that Conforto was still a couple of weeks away from beginning a rehab assignment. But Conforto was able to resume baseball activities at Citi Field during the previous homestand and hit .182 in three rehab games for Triple-A Syracuse over the weekend.

''He's actually exceeded our expectations,'' acting general manager Zack Scott said. ''Hit all the kind of objective markers on his strength of his hamstring. He's ready to go.''

Conforto who is hitting .230 with two homers and 13 RBIs in 33 games, is the second Mets player to return in as many days. Infielder Jeff McNeil, who suffered a left hamstring strain May 16, was activated Monday and delivered a pinch-hit single in the first game of a doubleheader against the Braves before starting the second game.

While the Mets moved closer to fielding their expected everyday lineup Tuesday, Lucchesi's injury was another loss to a rotation that was already thin behind ace Jacob deGrom, Taijuan Walker and Tuesday's starter, Marcus Stroman.

Lucchesi was placed on the injured list Saturday, one day after he threw 5 1/3 scoreless innings against the Washington Nationals. An MRI revealed a significant tear of his left UCL and a second opinion Tuesday confirmed the diagnosis. He is scheduled to undergo surgery Thursday.

Lucchesi solidified himself at the back of the Mets' rotation by posting a 1.19 ERA over his previous five starts. His injury leaves just David Peterson behind deGrom, Walker and Stroman. With right-handers Carlos Carrasco (right hamstring) and Noah Syndergaard (elbow) still several weeks away from returning Scott said he would ''explore all options'' for rotation reinforcements.

In the shorter term, Rojas said he didn't know who would take Lucchesi's spot in the rotation for Wednesday's series finale.

''We have guys that can go long in our bullpen if they get another day of rest tonight,'' Rojas said.