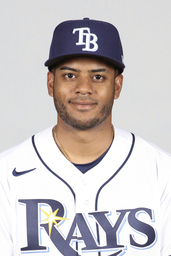 The team made the announcement on Twitter on Tuesday, with baseball operations president Erik Neander describing the former minor league player as a ''caring teammate and friend'' who ''exuded so much joy in all he did.''

Tampa Ray didn't release details of the death, which it said occurred Monday.

''As we process this unexpected and difficult loss, we are grateful for the times we shared with Jean,'' Neander said.

Ramirez, a native of Puerto Rico who attended high school in Fort Worth, Texas, was a 28th-round draft pick out of Illinois State in 2016. He played three years in Tampa Bay's minor league system before beginning a three-season stint as a bullpen catcher with the major league team in 2019.

''He brought so much passion and energy each day to our clubhouse and bullpen, and his love for the Rays and baseball was evident to all who interacted with him,'' manager Kevin Cash said in a statement.