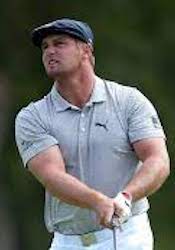 A tradition unlike any other. The Masters is back and should make for an exciting week! At RTSports, you have a balance of $50,000 to create a six-man lineup, where you can compete in GPPs, H2Hs, or 50/50s. You can also do snake drafts, and we even have a freeroll up in the lobby for this week. Sign up here: RealTime Daily.

Want more money? Enter deposit code ‘MASTERS’ and we will match your deposit by 20 percent! Max limit is a $500 match bonus.

Augusta National might be the most famous golf course in the world. It’s a par 72, featuring a length of 7,475 yards with bentgrass greens. The most important stat regarding the course is driving distance. When building your lineups this week, look for players with great off-the-tee numbers. The course allows some of these long drivers to just use wedges to reach the green and has four reachable par fives. Dustin Johnson is the defending champion, coming off of a -20 score, which took place in November of 2020. Overall, the weather shouldn’t play too much into a factor this week, but there is a 57 percent chance of rain Friday morning with thunderstorms in the afternoon, which could cause a small delay in action.

Bryson DeChambeau ($10,800) – With two straight top-five finishes, including a win at the Arnold Palmer Invitational, DeChambeau is getting hot at the right time.  Ranking first on tour in off-the-tee, DeChambeau gains such a massive advantage over the field with how far he drives the ball. However, Augusta has been the one place where DeChambeau has yet to put together four solid rounds. I believe this changes this week. This is a new Bryson DeChambeau from previous years, one who can hit the ball an extra 30 yards farther. I really like DeChambeau to compete this year and should be one of the safer top plays on the slate.

Daniel Berger ($8,100) – Berger has quietly been one of the best golfers on tour over the past two years. Berger has put together 11 top-10 finishes over the past 14 months and has only two missed cuts in that timeframe. Berger doesn’t overwhelm you in any statistical category, but is a very consistent golfer, who can get hot at anytime with the putter. I love Berger this week at $8,100. He should be looking at a top-20 finish at his pricing.

Corey Conners ($7,300) – Oh Canada! Conners has been on fire lately and has a great track record at the Masters. Coming off of a T-10 finish last year, I’ll be looking at Conners for several of my lineups. While Conners doesn’t have the length like some of the big boys on tour, he makes up for it by being accurate. Conners ranks ninth on tour in driving accuracy and 11th in greens in regulation.

Ryan Palmer ($6,300) – Palmer has played in eight tournaments this year with his worst finish being 54th. He also has two top-five finishes along with five top-20 finishes.  At the price of $6,300, you’re just looking for someone to make the cut, but Palmer can make a run at winning this. Palmer is a very balanced golfer with average distance, accuracy, and putting, which is why he’s made 10 straight cuts. This will be Palmer’s first return back to the Masters since 2015, where he placed T-33.

Brooks Koepka ($9,300) – Koepka is coming off a knee surgery and is still questionable to play this weekend. While Koepka has extreme high-upside at the Masters, he’s too risky of a play in DFS formats for me this week. While Koepka was in great form before the surgery, a six-week layoff is a lot to ask for to come back competing where you left. I wouldn’t mind the play from a betting standpoint, but there’s much safer options in the 9k range.

Rory McIlroy  ($10,100) – The most important stat at Augusta is driving distance, which Rory ranks third. So why am I fading him this week? McIlroy can’t keep the ball in the fairway. He ranks 146th in driving accuracy and is coming off a 142nd place finish at the Players Championship. McIlroy’s current form is either hit or miss. You’re either going to get a top-10 finish or miss the cut completely. Being priced at $10,100, I’ll be looking elsewhere in my lineups for the week because there are much safer options available.