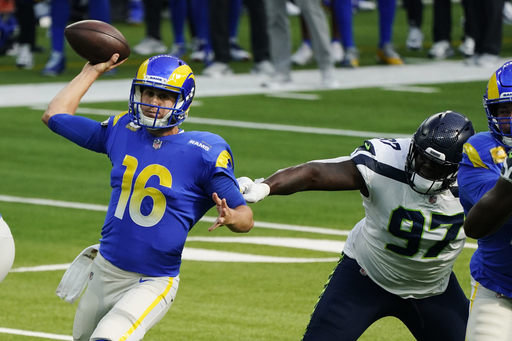 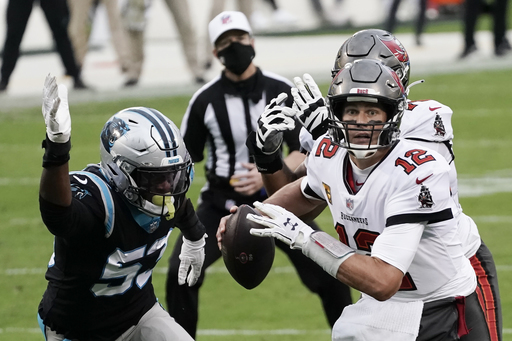 The Buccaneers (7-3) are off to their best start in a decade in their first season with Tom Brady, however they have lost two of three night games and frankly were fortunate to win the one they did.

The team hopes to buck the trend Monday night against the Los Angeles Rams (6-3), who are coming off an impressive victory over Russell Wilson and the Seattle Seahawks.

Arians tinkered with his usual practice routine, working at night instead of the afternoon, and intends to make changes on game day in hopes of avoiding slow starts that contributed to a Thursday night loss at Chicago and a 38-3 Sunday night debacle against New Orleans at home two weeks ago.

Tight end Rob Gronkowski said there are no valid reasons for not performing well under the lights. He and Brady were fixtures in prime-time games while they were together with the New England Patriots.

Brady improved to 18-7 in 25 starts on ''Monday Night Football'' three weeks ago, with the Bucs overcoming a slow start before holding off the Giants 25-23 when Daniel Jones' potential game-tying 2-point conversion pass was broken up in the end zone.

''No, it's just another football game. It's just at night this time,'' the 10th-year pro said. ''We've got to show up and do what we've been doing all year, no matter what time the game is. There's no excuses.''

The Rams, coming off a 23-16 victory over the Seahawks in which they forced three turnovers and sacked Wilson six times while holding the Seattle quarterback without a touchdown pass, have been dealing with a bit of a schedule quirk of their own.

Monday night will be the fifth time in nine games the NFC West contenders have played on the East Coast. The Rams are 2-2 in those, with losses to Buffalo and Miami and wins over Philadelphia and Washington.

Jared Goff rebounded from a poor performance against the Dolphins to outplay Wilson, and the Rams defense limited the Seahawks to 333 yards last week.

''I think this is the best collection of skill-group players that we've faced,'' Rams defensive coordinator Brandon Staley said.

Staley was a quarterback at the University of Dayton when Brady was breaking into the NFL with the Patriots.

The task of preparing a defense to face Wilson and Brady in consecutive weeks is challenging.

''What you have to do is treat each week like it has a life of its own. That Seahawks week has no bearing on how we're going to game-plan and prepare for Tom Brady,'' Staley said.

''You have to start over every week and you have to build from the ground up literally every week,'' Staley added. ''You don't ever assume this is going to carry over to the next week.''

Monday's game will be the first in NFL history worked by an all-Black officiating crew.

The Rams' offense will be without its cornerstone in Tampa. Left tackle Andrew Whitworth is sidelined for at least six weeks with a knee injury, and third-year pro Joe Noteboom is taking over. Whitworth had played every snap this season and 99% of last season's snaps before he got hurt last week against Seattle.

The 38-year-old veteran also has been graded as one of the NFL's most effective left tackles this season, both in run-blocking and in protecting Goff's blind side. Whitworth has been the foundation of the Rams' offense since he arrived with coach Sean McVay before the 2017 season, and his absence could affect everything from McVay's play-calling to Goff's ability to handle pocket pressure, which already wasn't particularly strong.

Aaron Donald has caused misery for plenty of quarterbacks over his seven NFL seasons, but the Rams' All-Pro defensive tackle would love to finally get his hands on Tom Brady. The most successful quarterback in NFL history has never lost to the league's most dominant current defensive lineman, although the Rams only faced Brady's Patriots twice after Donald entered the league.